When some people think of yoga, they imagine having to stretch like a gymnast. That makes them worry that they're too old, unfit, or "tight" to do yoga. The truth is, you're never too old to improve flexibility.  The series of yoga poses called asanas work by SAFELY  stretching your muscles. This releases the lactic acid that builds up with muscle use and causes stiffness, tension, pain, and fatigue. In addition, yoga increases the range of motion in joints. It may also increase lubrication in the joints. The outcome is a sense of ease and fluidity throughout your body.Yoga stretches not only your muscles but all of the soft tissues of your body. That includes ligaments, tendons, and the fascia sheath that surrounds your muscles. And no matter your level of yoga, you most likely will see benefits in a very short period of time. In one study, participants had up to 35% improvement in flexibility after only eight weeks of yoga. The greatest gains were in shoulder and trunk flexibility.

Some styles of yoga, such as ashtanga and power yoga, are more vigorous than others. Practicing one of these styles will help you improve muscle tone.Though even less vigorous styles of yoga, such as Iyengar yoga, which focuses on less movement and more precise alignment in poses, can provide strength and endurance benefits. Many of the poses, such as Downward Dog, Upward Dog, and Plank pose, build upper-body strength. This becomes crucial as people age. The standing poses, especially if you hold them for several long breaths, build strength in your hamstrings, quadriceps, and abdominal muscles. Poses that strengthen the lower back include Upward Dog and Chair pose. When practiced correctly, nearly all poses build core strength in the deep abdominal muscles.

With increased flexibility and strength comes better posture. Most standing and sitting poses develop core strength. That's because you're counting on your deep abdominals to support and maintain each pose. With a stronger core, you're more likely to sit and stand "tall." Another benefit of yoga is the increased body awareness. This heightened awareness tells you more quickly when you're slouching or slumping so you can adjust your posture.

Because of the deep, mindful breathing that yoga involves, lung capacity often improves. This in turn can improve sports performance and endurance.  Yoga typically isn't focused on aerobic fitness the way running or cycling are. Taking an intense power yoga class that gets you breathing hard in a heated room, however, can provide an aerobic benefit.Most forms of yoga emphasize deepening and lengthening your breath. This stimulates the relaxation response -- the opposite of the fight-or-flight adrenaline boost of the stress response.
Less stress, more calm
Even beginners tend to feel less stressed and more relaxed after their first class. Some yoga styles use specific meditation techniques to quiet the constant "mind chatter" that often underlies stress. Other yoga styles depend on deep breathing techniques to focus your mind on the breath. When this happens, your mind becomes calm. Among yoga's anti-stress benefits are a host of biochemical responses. For example, there is a decrease in catecholamines, the hormones produced by the adrenal glands in response to stress. Lowering levels of hormone neurotransmitters -- dopamine, norepinephrine, and epinephrine -- creates a feeling of calm. Some research points to a boost in the hormone oxytocin. Oxytocin is the so-called "trust" and "bonding" hormone that's associated with feeling relaxed and connected to others.
Concentration and mood
Harder to pin down and re
search scientifically, concentration and the ability to focus mentally are common benefits you'll hear yoga students talk about. The same is true with mood. Nearly every yoga student will tell you they feel happier and more contented after class. Recently, researchers have begun exploring the effects of yoga on depression, a benefit that may result from yoga's boosting oxygen levels to the brain. Yoga is even
being studied as an adjunct therapy to relieve symptoms of obsessive-compulsive disorder.
Heart benefits

Perhaps one of the most studied areas of the health benefits of yoga is its effect on heart disease. Yoga has long been known to lower blood pressure and slow the heart rate. A slower heart rate can benefit people with hypertension, heart disease, and stroke. Yoga was a key component to the heart disease program designed by Dean Ornish, MD. This was the first program to partly reverse heart disease through lifestyle and diet rather than surgery. On a biochemical level, studies point to a possible anti-oxidant effect of yoga. And yoga has been associated with decreased cholesterol and triglyceride levels as well as a boost in immune system functionEffects on other medical conditions

As yoga has become more popular in the West, medical researchers have begun studying the benefits of therapeutic yoga. This is also called integrative yoga therapy or IYT. It's used as an adjunct treatment for specific medical conditions, from clinical depression to heart disease. Yoga benefits other chronic medical conditions, relieving symptoms of asthma, back pain, and arthritis. Most worldwide clinical studies are happening outside of the United States. Though, even the NIH has funded clinical trials on yoga and its health benefits for insomnia and multiple sclerosis.

Other benefits of yoga
Some studies have suggested that yoga may have a positive effect on learning and memory. Other researchers have been studying whether yoga can slow the aging process, increase a person's sense of self-acceptance, or improve energy levels.Some potential benefits of yoga may be hard to study scientifically. For instance, yoga has been said to increase spiritual awareness. Nevertheless, there is an abundance of anecdotal claims for what yoga can do. Go to any yoga studio and listen to students after class. Some will even tell you that yoga can help improve marriages and relationships at work.

Yoga has been practiced for more than 5,000 years. Currently, close to 11 million Americans are enjoying its health benefits. Yoga can hardly be called a trend. Most Westernized yoga classes focus on learning physical poses, which are called "Asanas." They also usually include some form of breathing technique and a meditation technique as well. Some yoga classes are designed purely for relaxation. There are styles of yoga that teach you how to move your body in new ways. Choosing one of these styles offers the greatest health benefits by enabling you to develop your flexibility, strength, and balance. 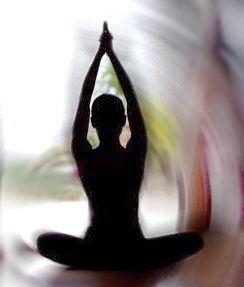